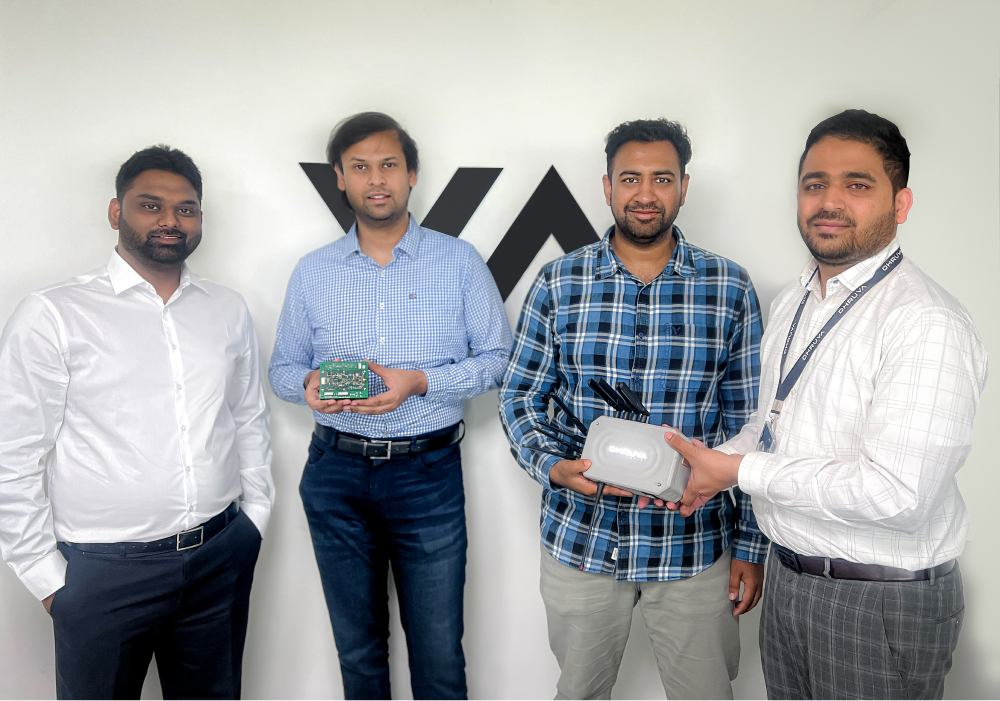 According to research by the International Telecommunications Union, as of 2021, only 4.9 billion people (63% of the world’s population) are using the internet. Satellite internet will challenge 5G as the connectivity of choice, helping to address the digital divide in 2022.

With this in mind Dhruva Space developed the Qualcomm-based Module on Ground (QMG) or 'Bolt', a switchable connectivity device that enables uninterrupted connection through cellular communication and satellite communication.

Speaking on the win, Krishna Teja Penamakuru, COO, Dhruva Space, comments, “We are thrilled about our momentous win at Qualcomm’s Design in India Challenge 2021. Satellite communication technologies have a significant role to play in the way the world can connect now and in the future. Dhruva Space recognizes the value of leveraging indigenously-developed Space Technologies to drive success in this Sector, given we have just signed a commercial launch services agreement with NewSpace India Limited. We would like to thank Qualcomm India for all the support; and we are looking forward to a long-term collaboration as we move ahead.”

For QDIC 2021, Qualcomm Incorporated selected twelve top startups out of 160 applicants, for incubation in areas of technology development, business model and intellectual property rights. Three winners were chosen after completion of the annual incubation cycle, of which Dhruva Space is the winner of the overall challenge.

Dhruva Space will be awarded INR 65 Lakhs, as well as a host of other benefits such as patent-filing incentives, accelerator services, Government interactions, participation at industry events, dedicated engineering support and access to the Qualcomm Innovation Lab.

Dhruva Space, founded in 2012, is a Full-Stack Space Engineering Solutions provider based in Hyderabad, India, and in Graz, Austria. The company is active across Space, Launch, and Ground segments and supports civilian and defense clients worldwide.

In October 2020, Dhruva Space was recognized with the National Startup Award by the Government of India for its efforts in Satellite and Space Technology, and in March 2022, Dhruva Space was accoladed ‘Best SpaceTech Startup’ by Entrepreneur India Magazine’s StartUp 2022 Awards.  In October 2021, the company raised INR 22 Crore in funding led by Indian Angel Network (IAN) Fund and Blue Ashva Capital.

About Qualcomm Design in India Challenge:

The Qualcomm Design in India Challenge is committed to paving the way for technology-led improvements in the infrastructural, medical, and rural IoT spaces, supporting innovation and strengthening the startup ecosystem in India.

Other ecosystem and entrepreneurship enablement initiatives include the Qualcomm Innovation Fellowship India, which invests in advanced research conducted by university Masters and PhD students; the Qualcomm Women Entrepreneurs India Network, which empowers female entrepreneurs; and L2Pro India – an e-Learning program developed for Indian entrepreneurs and inventors to gain a deeper understanding of how to value and protect their intellectual property.