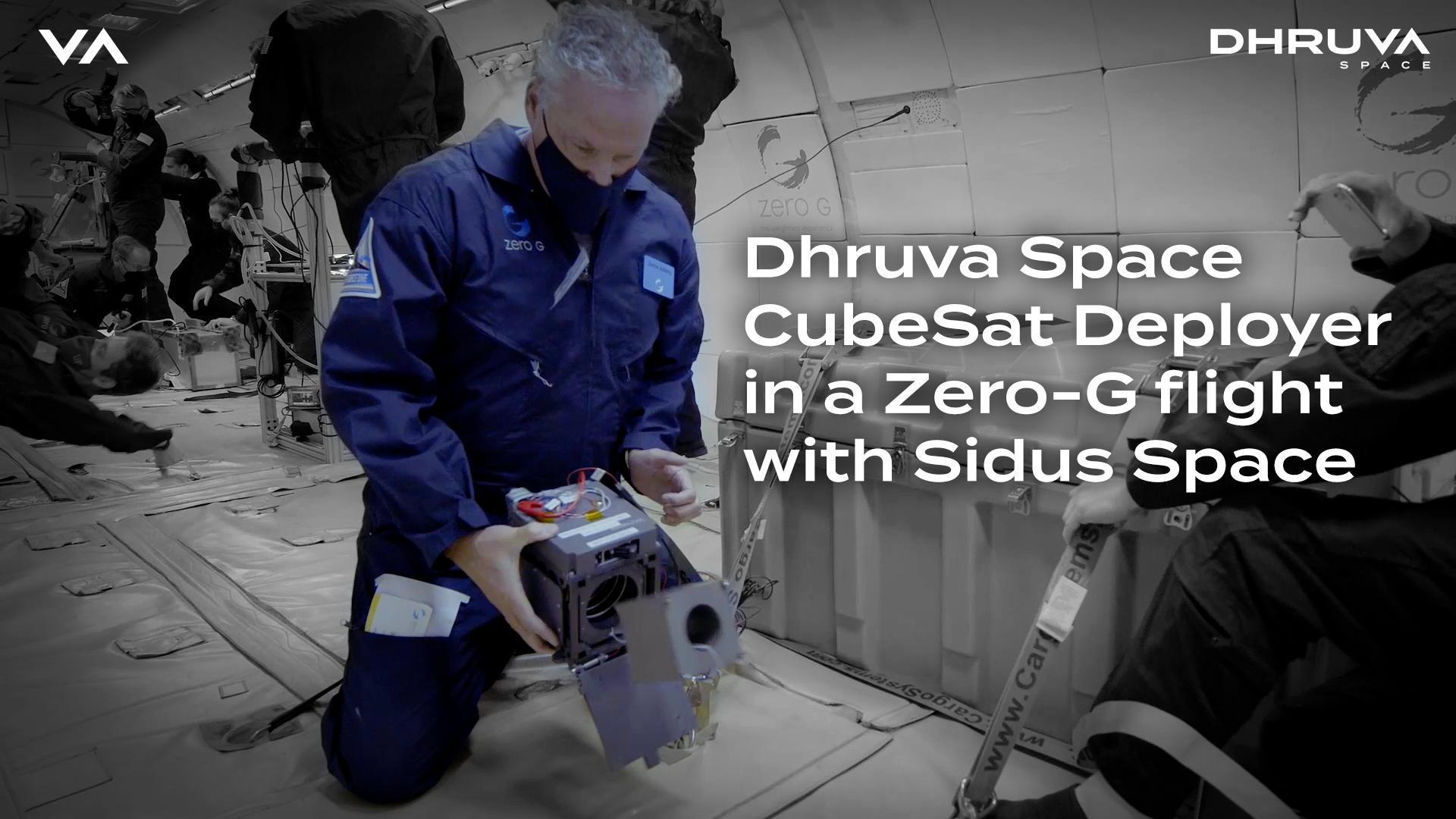 The Zero-G flight demonstration aimed to simulate a microgravity environment to test the spring-loaded mechanisms and electronics that unlatch the door on the CubeSat launcher.

Zero-G utilizes a specially-modified Boeing 727-200 that flies in parabolic arcs to create a weightless environment for clients seeking to achieve technological advances. Sidus Space will integrate Dhruva Space's CubeSat deployer with their own Phoenix Deployer which is in development and will be launched using Sidus Space's SSIKLOPS from the International Space Station National Lab.

The Phoenix Deployer accommodates a customized configuration of 3, 6 or 12 CubeSat deployers depending on mission need. This combined capability will allow the Sidus Space - Dhruva Space partnership to offer full-service CubeSat launch options to customers.

In May 2020, Sidus Space and Dhruva Space entered into a partnership to collaborate and catalyze the design, development and commercialization of new innovative space technologies and services. This partnership, which leverages each company's technologies, increases the breadth and depth related to both offerings and customers.

Dhruva Space, founded in 2012, is a National Award-winning full-stack Space Engineering Solutions provider based in Hyderabad, India, and in Graz, Austria. The company is active across Space, Launch, and Ground segments and supports civilian and defense clients worldwide.