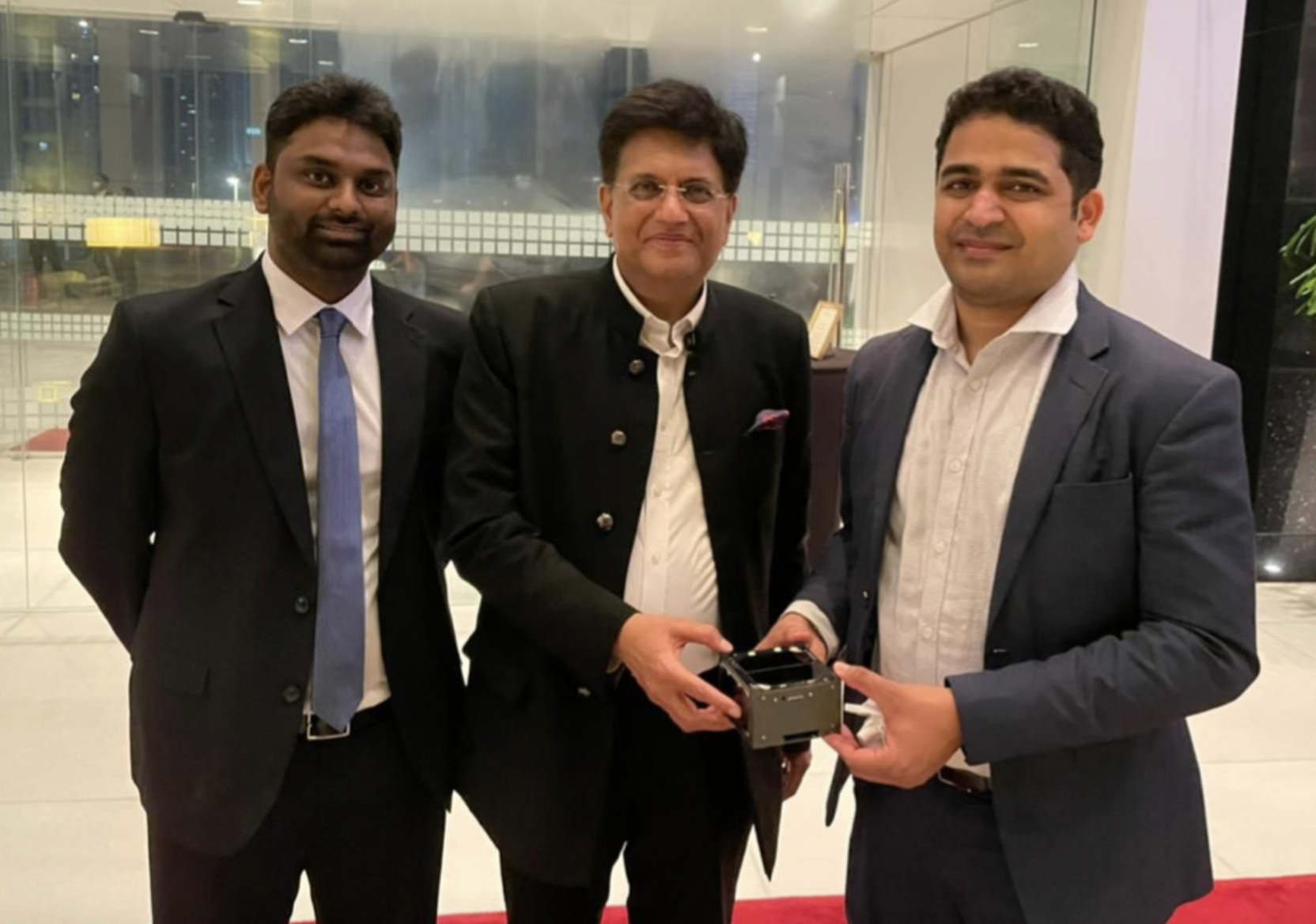 HYDERABAD, TS, INDIA (OCTOBER 24, 2021) Dhruva Space Private Limited is excited to announce the company has raised INR 22 crores in a round of funding led by IAN Fund and Blue Ashva Capital, to position itself as a leading player in the space frontier. The company is gearing up to launch new offerings such as satellite as a service, space-grade solar arrays and ground station solutions, both nationally and globally.

Headquartered in Hyderabad, Telangana, and Graz, Austria, the company is already executing orders worth several million dollars and is well set to expand its client base to other key locations, including the United States of America and the Middle East.

Dhruva Space announced this round of investment at the Dubai Expo 2020. Dhruva Space was invited by Federation of Indian Chambers of Commerce & Industry (FICCI) for the inaugural of the Indian pavilion in presence of Shri Piyush Goyal, Honorable Union Minister for Commerce and Industry, Consumer Affairs, Food and Public Distribution, wherein the company showcased the innovative products and solutions at the Indian Innovation Bus.

In course of the Dubai Expo 2020, Dhruva Space also signed a Memorandum of Understanding with Larsen & Toubro to provide power solutions for satellite missions across the globe. The company has worked extensively in building space-grade solar panels which coupled with the capabilities of L&T will help both achieve their goals in the space sector.

Speaking on the exciting landmark, Sanjay Nekkanti, Chief Executive Officer, Dhruva Space Private Limited, states, "We are the only Indian private entity to secure an order for end-to-end design and development of space-qualified solar arrays for satellites. With our passion for creating exceptional small satellite systems to help space exploration technology meet human imagination, we are already working on launching our first satellite for a client. We are glad that the latest funding came at the right time. This fundraise will enable us to launch new solutions and expand our footprint to more unique markets both nationally and internationally."

Meanwhile, Padmaja Ruparel, Co-founder, Indian Angel Network (IAN), shares, "Over the next decade, it is estimated that nearly 30,000 satellites will be launched into orbit. To enable such rapid and large-scale deployment of space assets, there needs to be a fundamental change in how the satellites are designed, manufactured, and launched. This is where Dhruva Space steps in: offering full-stack space engineering solutions for satellite platforms, launch planning, and ground data reception. Dhruva Space's solutions are tailored to meet mission requirements and is well positioned to be a category leader. We are delighted partner with the excellent passionate co-founder team of Sanjay, Abhay, Krishna Teja and Chaitanya."

Further adding to the announcement, Satya Bansal, founder, Blue Ashva Capital adds, "India is increasingly becoming a global space-tech hub given her technological prowess and cost leadership. This new era of Indian Space-tech is reminiscent of India’s IT revolution and shows a bright future ahead for homegrown Space companies to compete at a global scale. We are delighted to partner with Sanjay, Abhay, Krishna, Chaitanya and the entire Dhruva Space team to be a leading Space-tech solution provider to local and global customers."

Dhruva Space will also be present at the International Astronautical Congress 2021 hosted by Mohammed Bin Rashid Space Centre (MBRSC) which is being held in Dubai, United Arab Emirates, from October 25 to October 29, 2021.

Dhruva Space, founded in 2012, is a full-stack space engineering solutions provider based in Hyderabad, India, and in Graz, Austria. The company is active across space, launch, and ground segments and supports civilian and defense clients worldwide.

In October 2020, Dhruva Space was recognized with the National Startup Award by the Government of India for its efforts in Satellite and Space Technology, and in October 2021, the company raised INR 22 crore in funding led by Indian Angel Network (IAN) Fund and Blue Ashva Capital.

Indian Angel Network is India’s first and world’s largest business angel network with close to 500 members across the world, comprising the who’s who of successful entrepreneurs and dynamic CEOs.

With investors from 12 countries, IAN’s presence spans 7 locations, which includes cities in India and the UK. The network is sector agnostic and has funded start-ups across 17 sectors in India and 7 other countries growing global footprint companies. With an excellent track record, IAN has been giving excellent cash exits year-on-year to its investor-members, for the last 11 years. Some of its marquee investee companies include Druva, Box8, Sapience Analytics, WOW Momos, Consure, Fareye amongst many others.

IAN has also launched the IAN Fund, an INR 375 crore fund, is a uniquely differentiated seed/early stage Fund which aims to transform India’s entrepreneurial landscape. The fund invests in innovative companies in sectors including healthcare and medical devices, VR, AI, software as a service, marketplaces, fin-tech, big data, artificial intelligence, agritech, and hardware. With this, IAN has created the single largest platform for seed and early-stage investing, enabling entrepreneurs to raise from INR 25 lakhs to INR 50 crores.

Blue Ashva Capital is an investment firm based out of Singapore and India, backing sustainable and profitable businesses which are solving real challenges in areas such as food and agri, energy and environment, health and wellness, and money andFinance. It aims to nurture businesses by bringing capital, technology and market linkages together. With a fund corpus of USD 100M+ between its India and Singapore funds, Blue Ashva Capital is actively deploying capital in India and beyond.